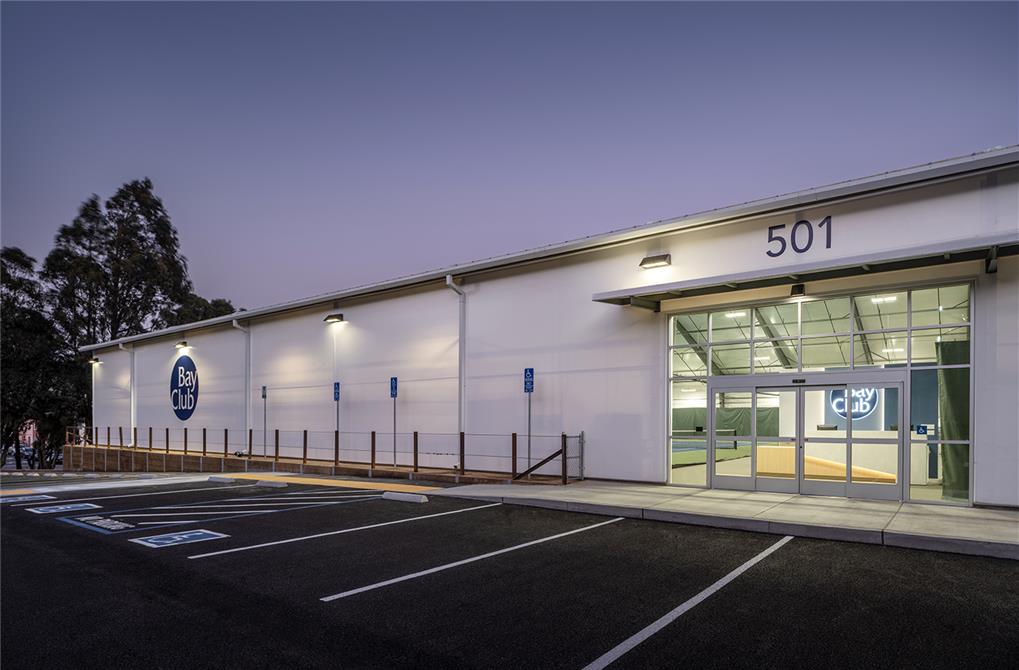 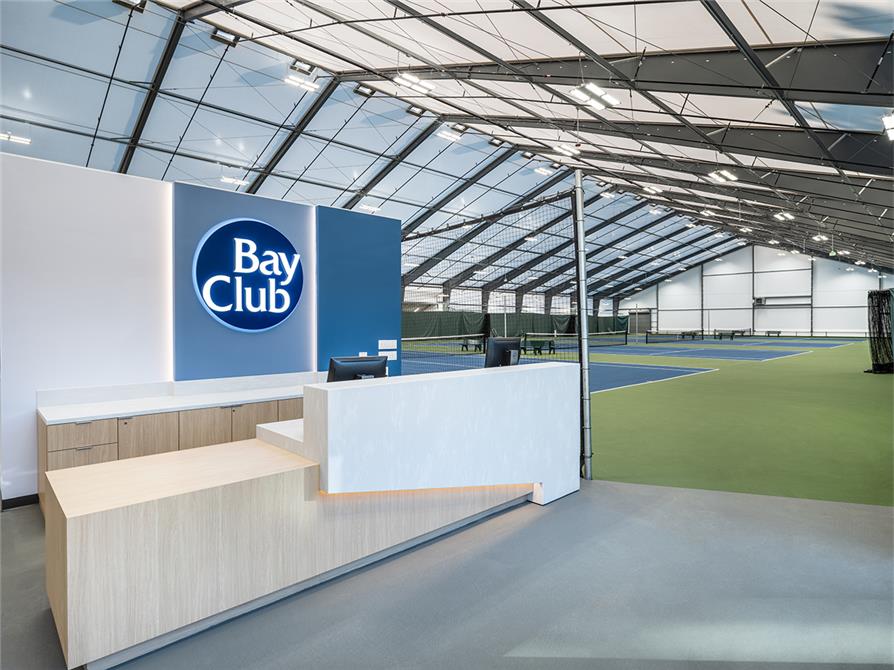 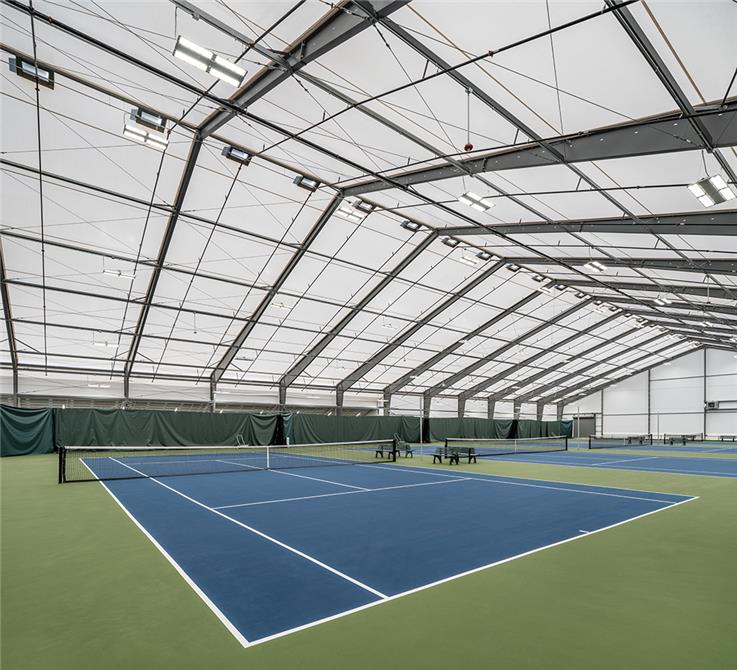 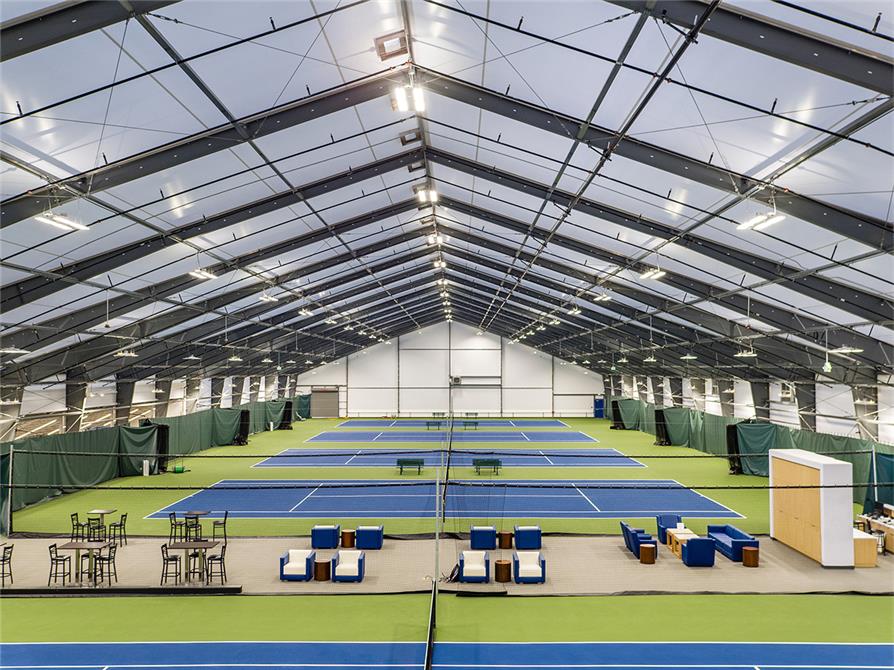 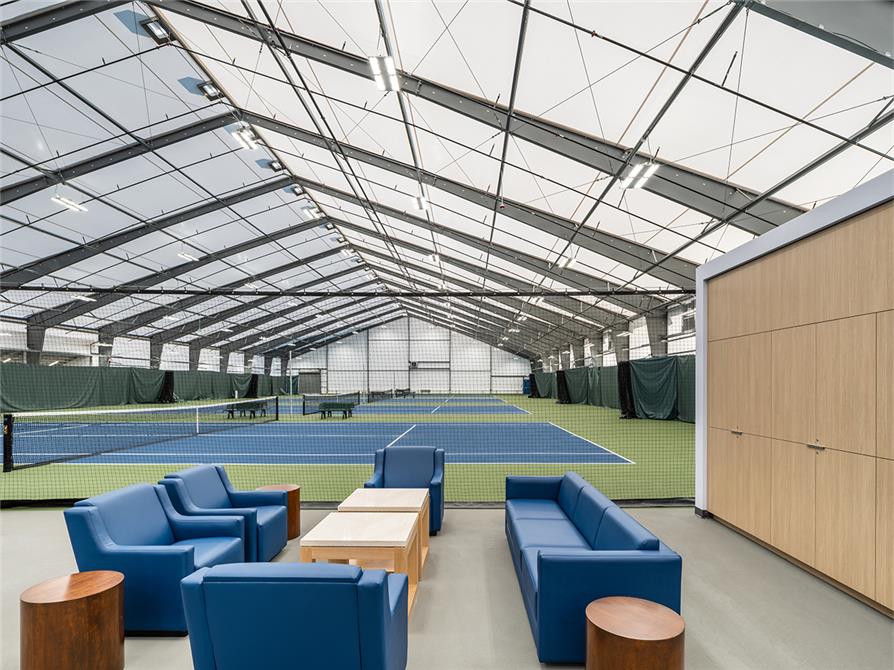 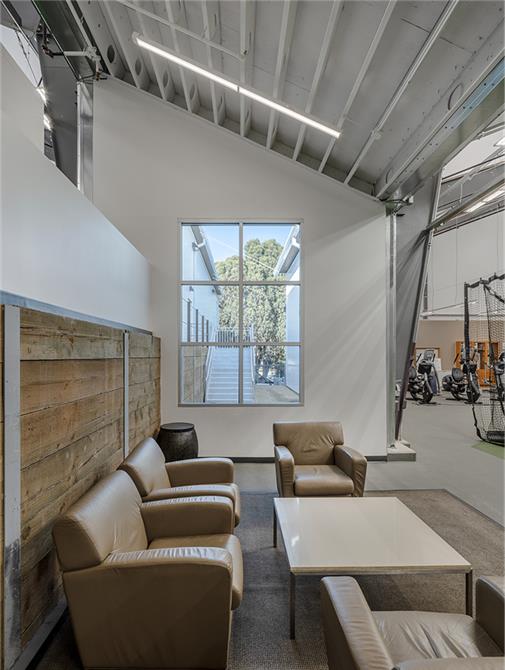 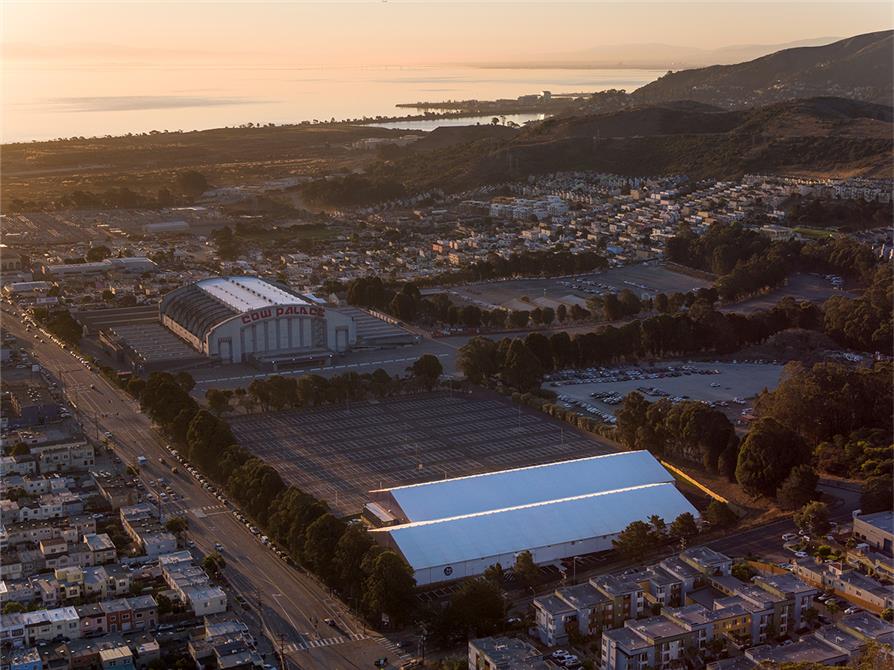 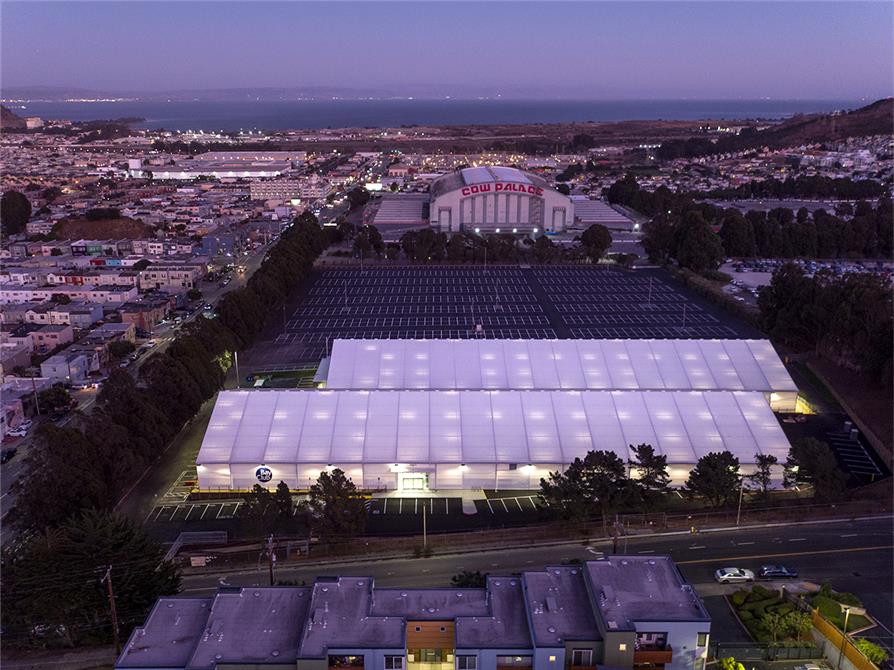 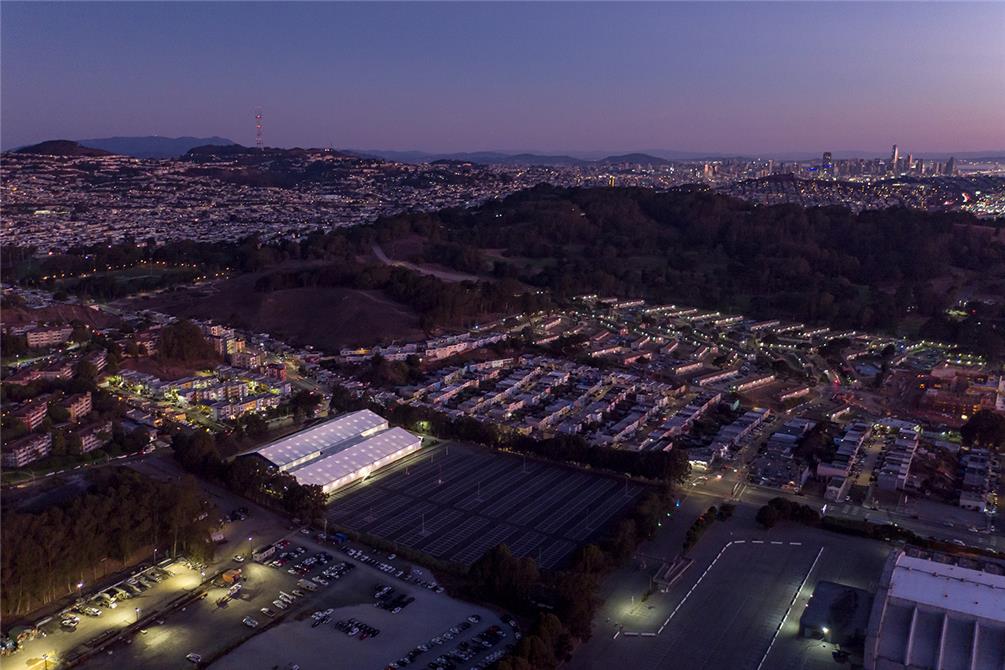 After learning Bay Club San Francisco Tennis Club (SFTC) would be demolished and the land sold for new office development, members formed a nonprofit—San Franciscans for Sports and Recreation (SFFSR)—to advocate and successfully negotiate for the replacement of tennis courts that would be lost.

Part of the agreement and solution entailed the construction of an interim facility for twelve temporary indoor tennis courts located somewhere within the San Francisco city limits. After a long site selection process considered more than a dozen locations, a four-acre lease of land on the grounds of Cow Palace—a historical event venue of South San Francisco—was identified. An agreement between ARE and Cow Palace covers a three- to four-year license for the building of a temporary tennis facility for Bay Club while their San Francisco facility is being built.

Amid the challenges of a pandemic, this temporary location opened up late Fall of 2020 as the final days of operation for SFTC came to a close. The urgency to deliver a temporary facility mandated a fast-paced, Design-Build team effort. The team including DAHLIN, ARE/TMG, and Whiting-Turner, successfully navigated the jurisdictional requirements and involvement of multiple stakeholders. Because Cow Palace is state-owned property, the team worked with the Office of the State Fire Marshal and the California Construction Authority who reviews and manages fairground property. In addition to this, the four-acre site also has a jurisdictional line running through it—60 percent of which is located within Daly City and the other 40 percent, in the City of San Francisco—requiring the involvement of multiple fire departments, permitting and utilities challenges. At the end of the lease, the temporary facility will be turned over to Cow Palace, or if they want it removed, will be demolished and land brought back to the original parking lot. 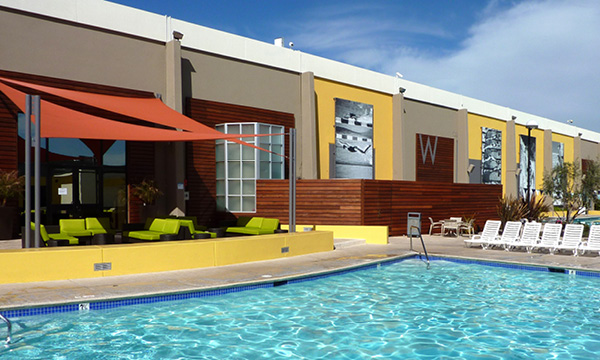 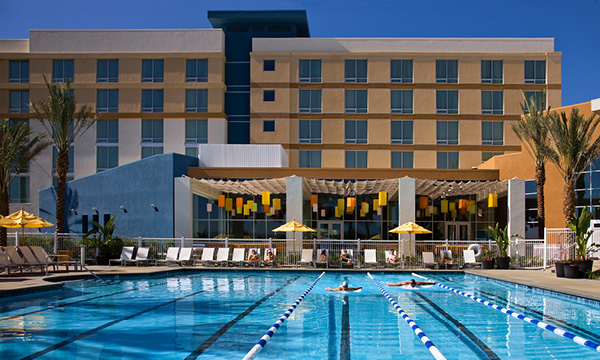