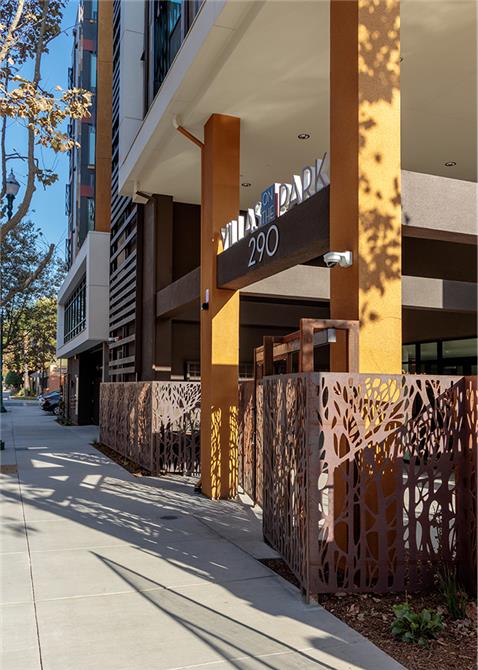 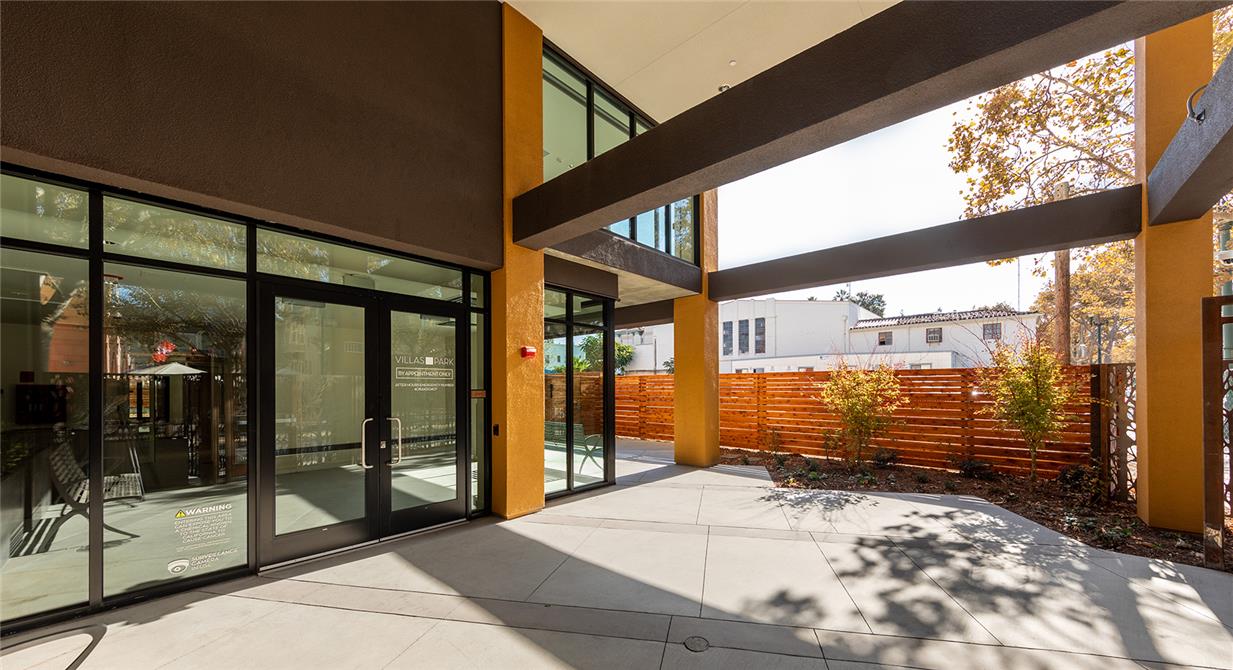 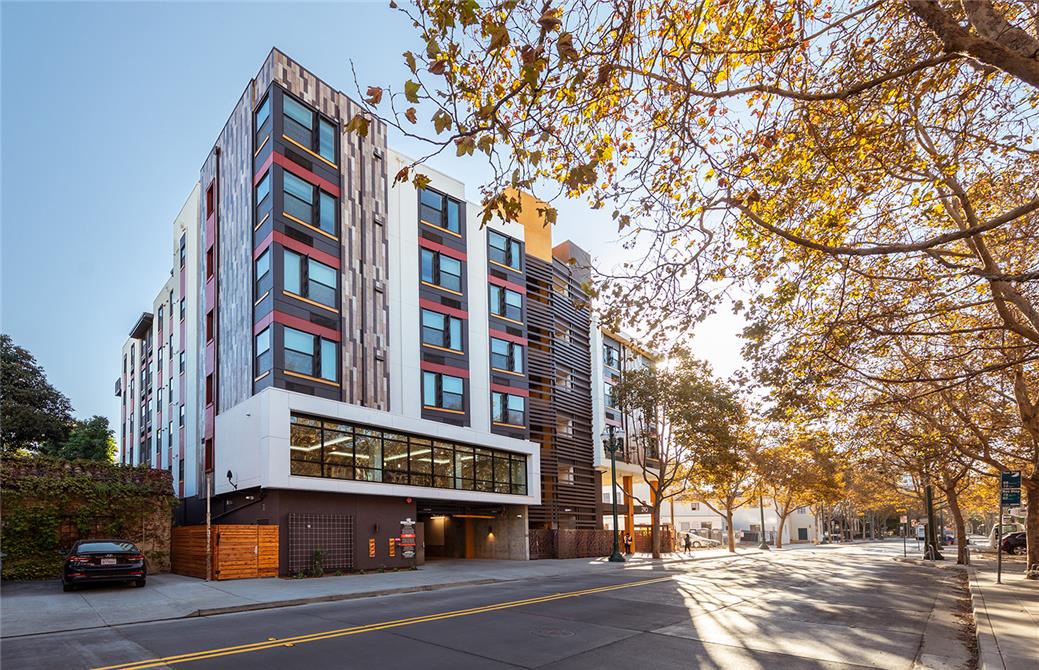 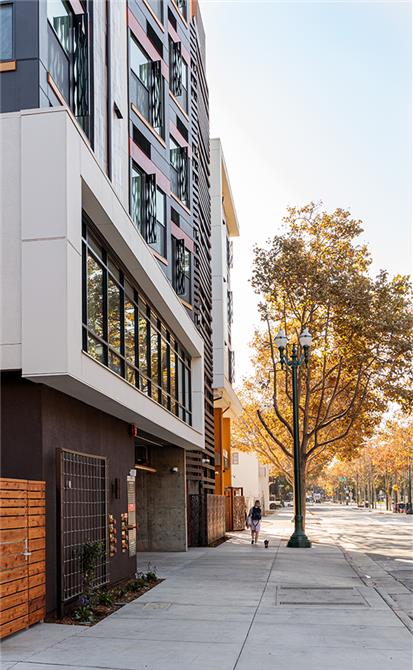 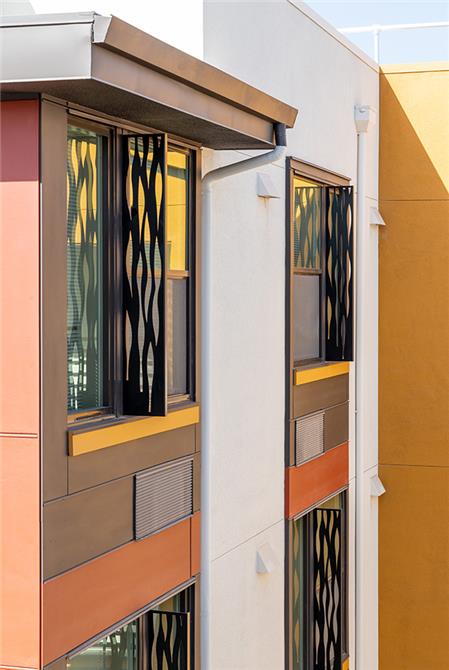 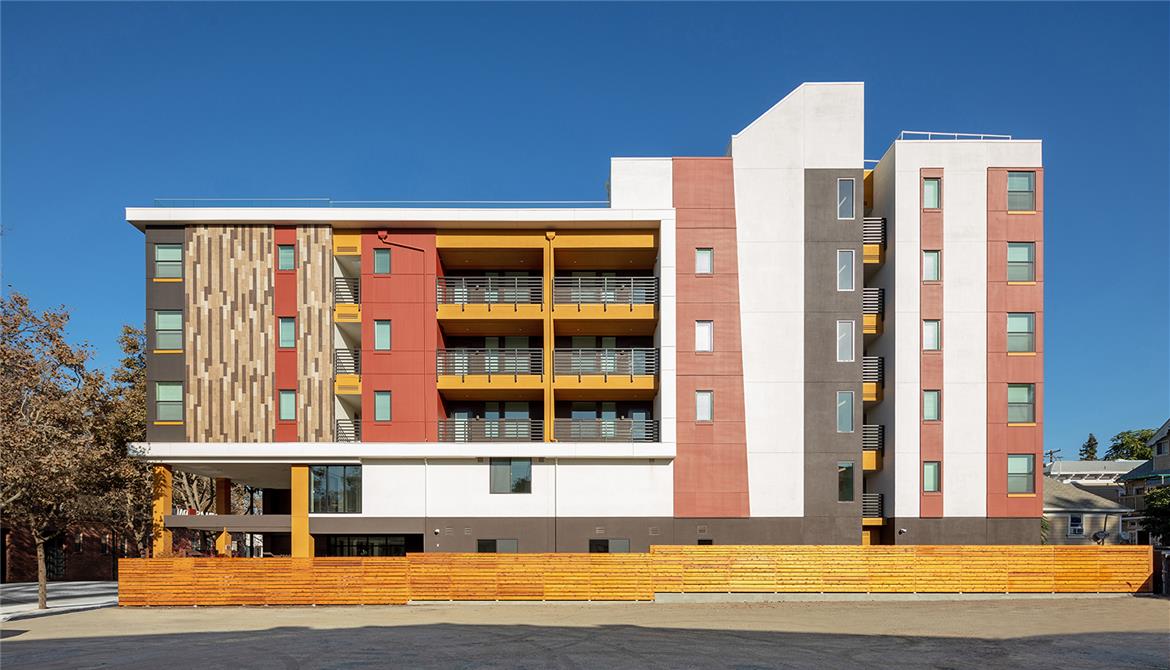 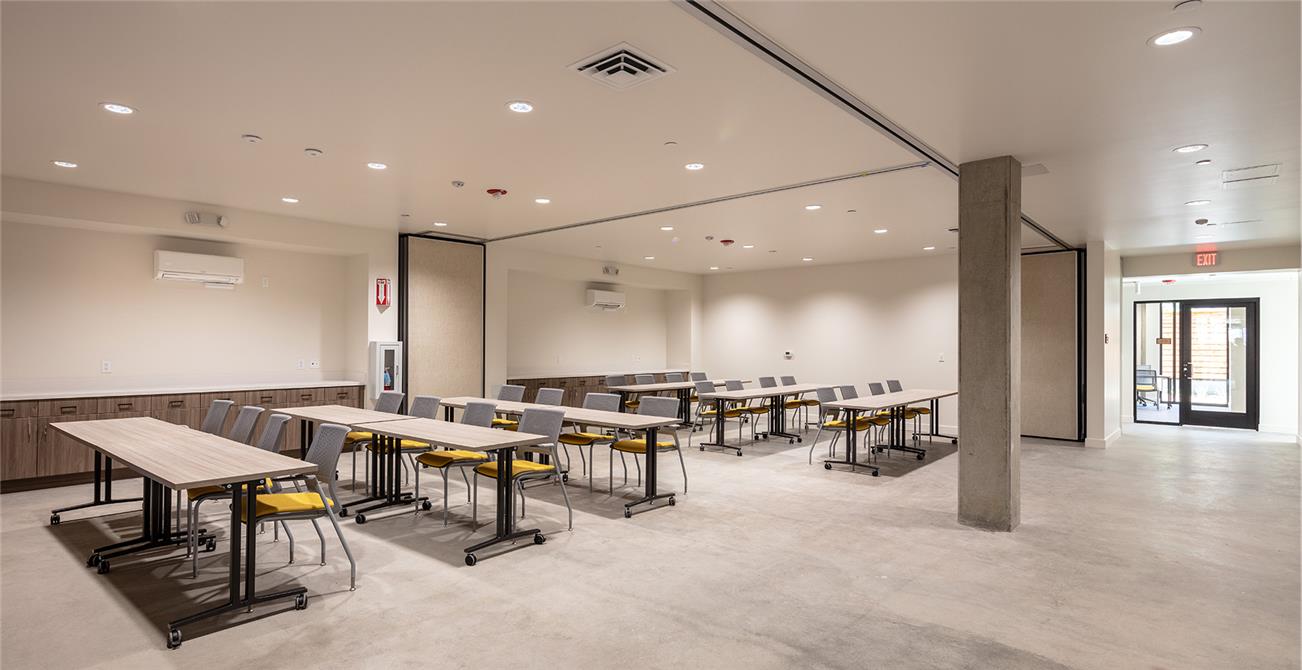 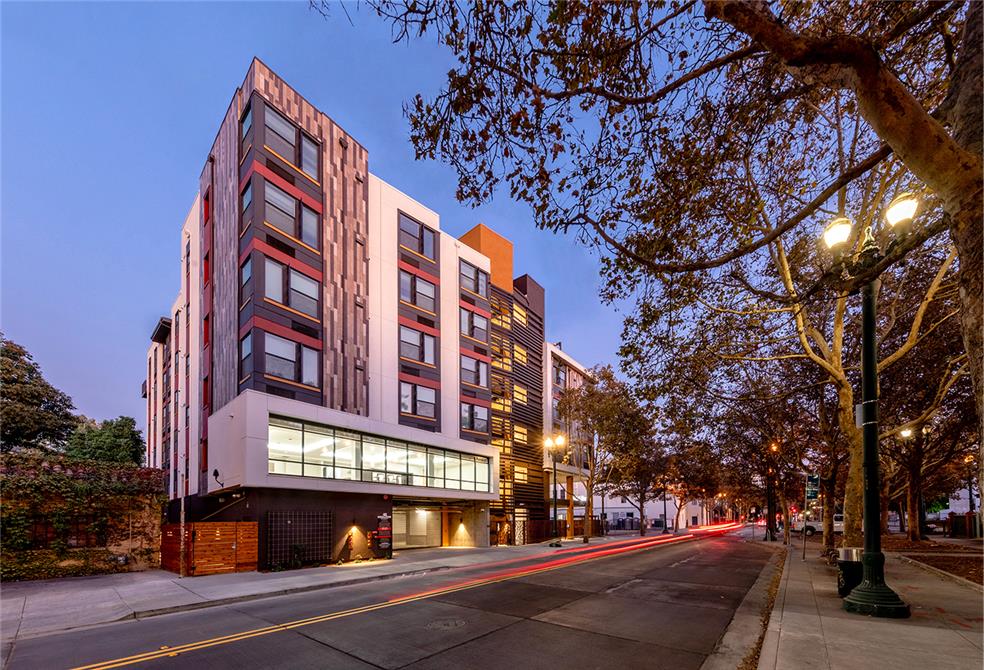 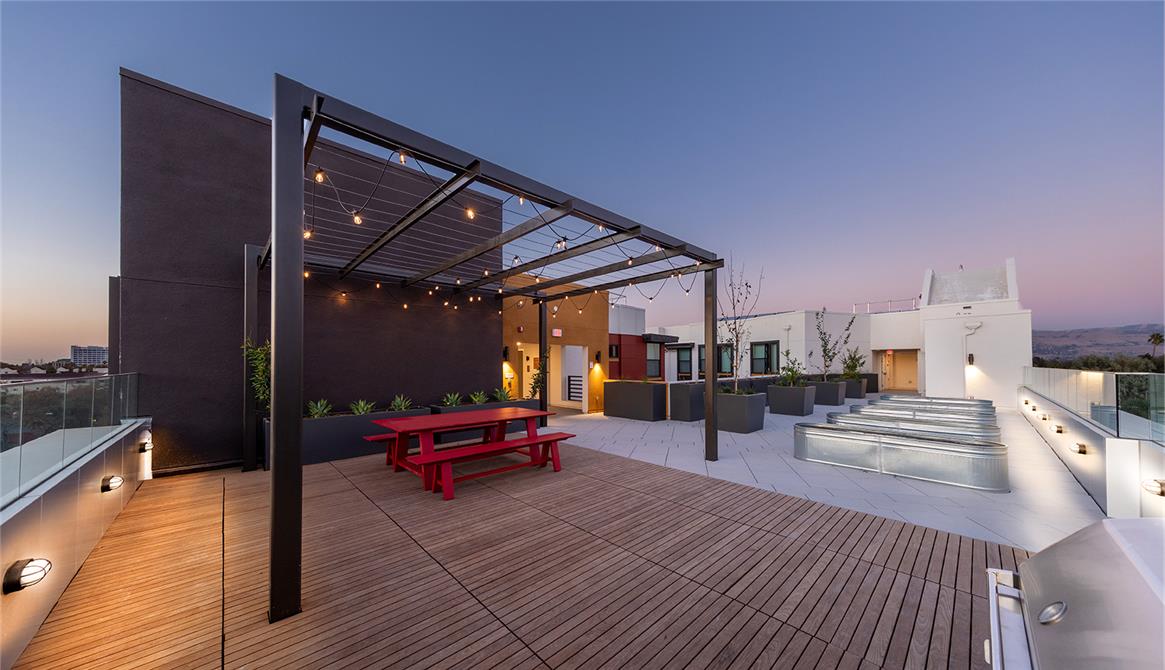 Villas on the Park

Guided by the premise that the first step in helping the homeless is to give them a home, Villas on the Park, the result of a joint venture between Affirmed Housing and PATH (People Assisting the Homeless) Ventures, has created a regional model focused on permanent local housing for local homeless.

The City of San Jose's St. James Park is currently home to many of downtown's homeless individuals, and these individuals will be first in line to move into this new residential service facility featuring 78 permanent housing units and five interim housing units. Simultaneously housing and serving permanent and interim residents while addressing their differing needs was the primary design objective.

Design solutions combined with onsite services help residents transition from homelessness to living in a supportive community. For example, many formerly homeless experience anxiety when in enclosed spaces after what for many, has been years of living outdoors. Semi-enclosed spaces help ease that transition. As such, the design features:

Maximized programmable space, achieving a total of 10,000 square feet, including:

Minimized space dedicated to parking, as most residents will not own vehicles. Minimized staff parking impact (12 stalls) by placing 10 of 12 (1 EV stall) in a parking lift system.

A culmination of a collaborative partnership between developer, Affirmed Housing; support services provider, PATH Ventures; City of San Jose; and County of Santa Clara, Villas on the Park was the first 100% Permanent Supportive Housing (PSH) project in downtown and only the second in San Jose. As the result of a highly successful community outreach campaign that turned the tide of community opposition, Villas received a unanimous 12-0 entitlement approval vote from City Council.

The ownership and design team conducted four community engagement meetings with the City and County advocating. Over 200 neighbors expressed strong concerns about proximity to their homes and the lowering of their home value. The team addressed concerns and demonstrated commitment to becoming good neighbors.

Over the course of these very well attended meetings there was a discernible shift in perception, and those who most vocally opposed the project became the most vocal advocates. These objectors-turned-supporters were instrumental in earning the support of their neighbors by the time of the last meeting. What won the opposition over, from a design perspective, was DAHLIN’s willingness to listen to concerns and make changes. Neighbors didn’t want a seven-story stucco box next to their homes that aesthetically didn’t belong. DAHLIN took a collaborative approach to ensure the design was not simplistic, boring or boxy. The beautiful design was truly influenced by the neighborhood input. The end result was a community that set aside their fears of PSH in their backyard and embraced the idea of housing the homeless. 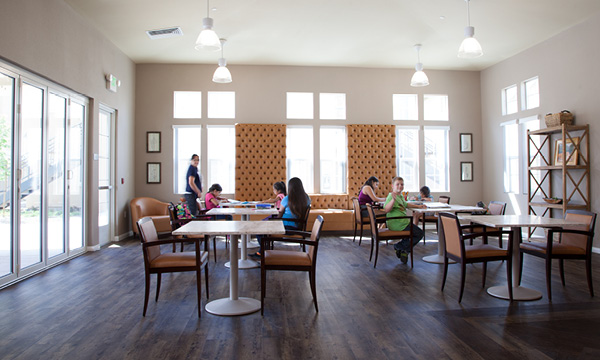 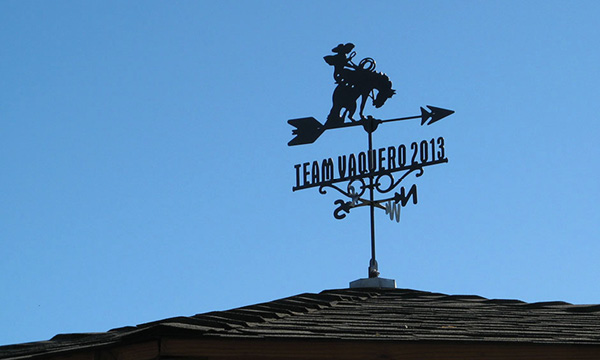 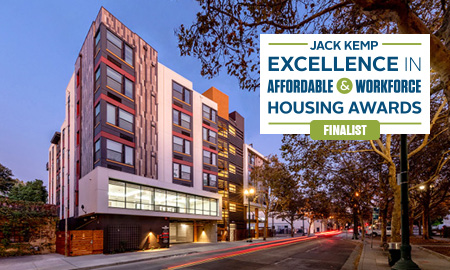 Finalists Announced for Kemp Award in Affordable and Workforce Housing 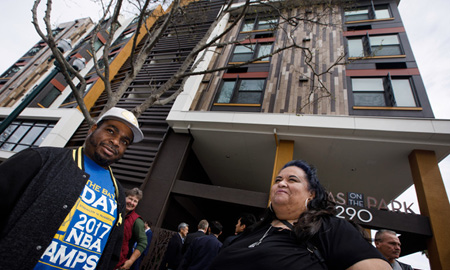