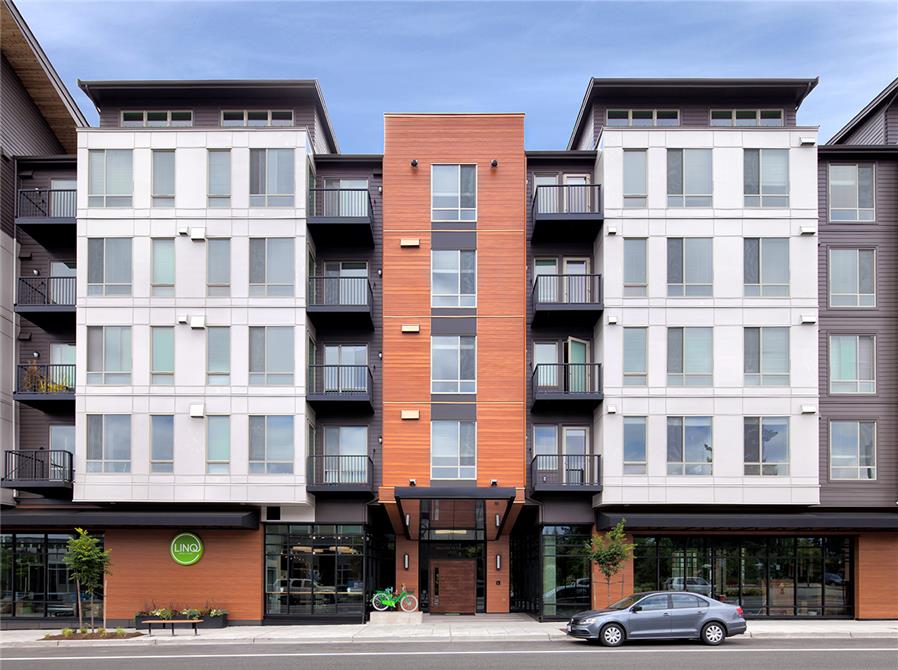 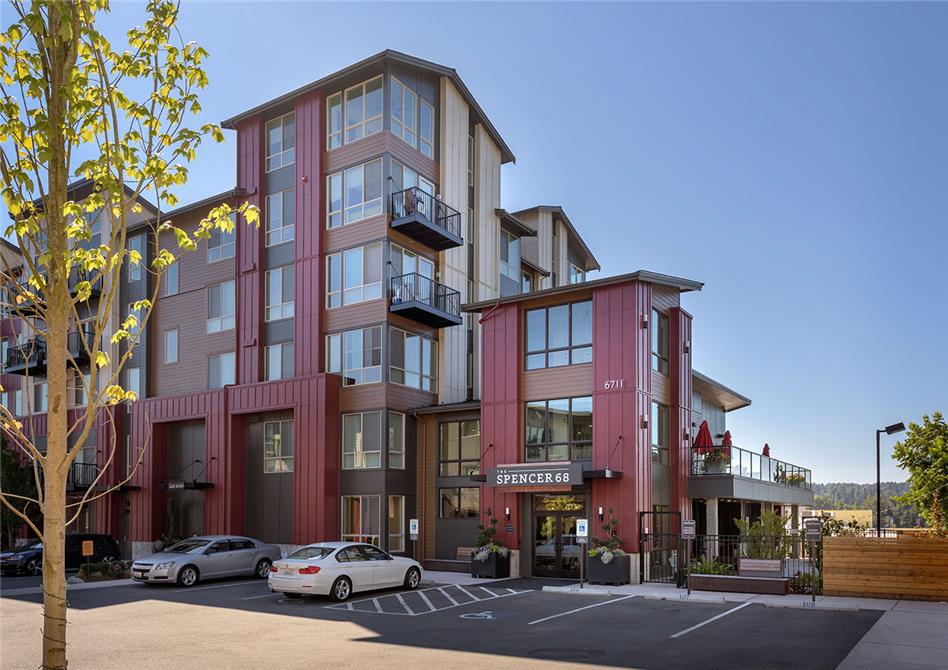 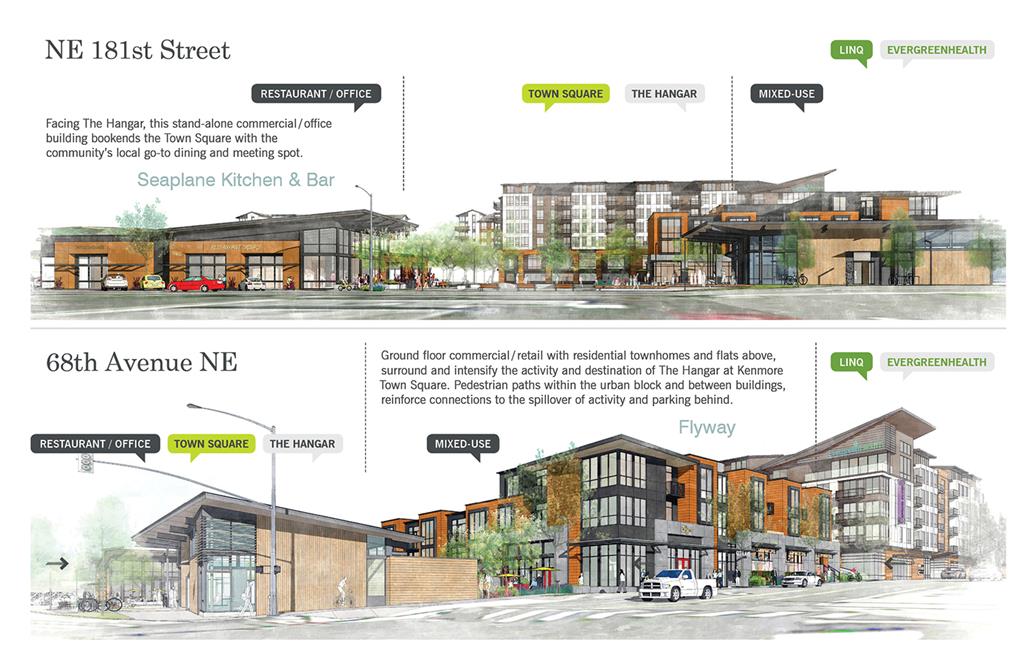 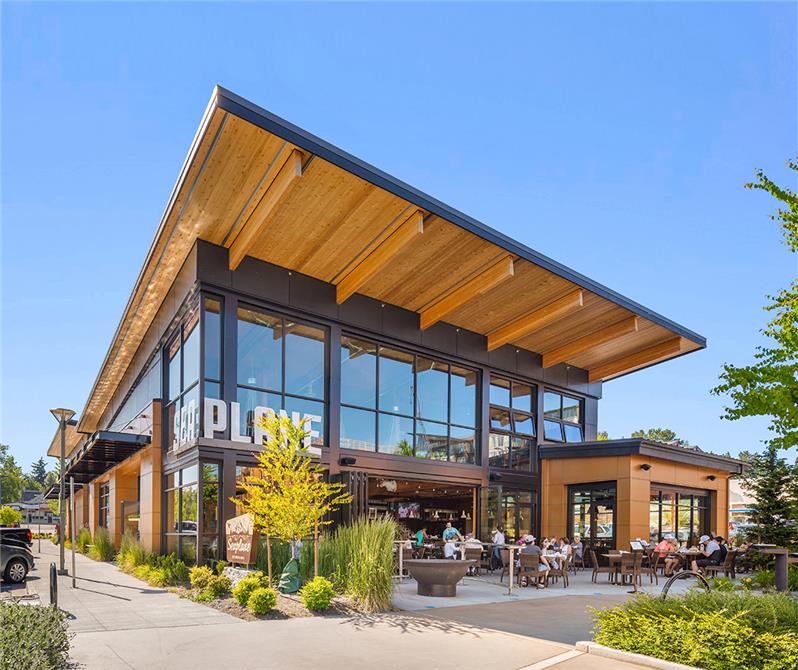 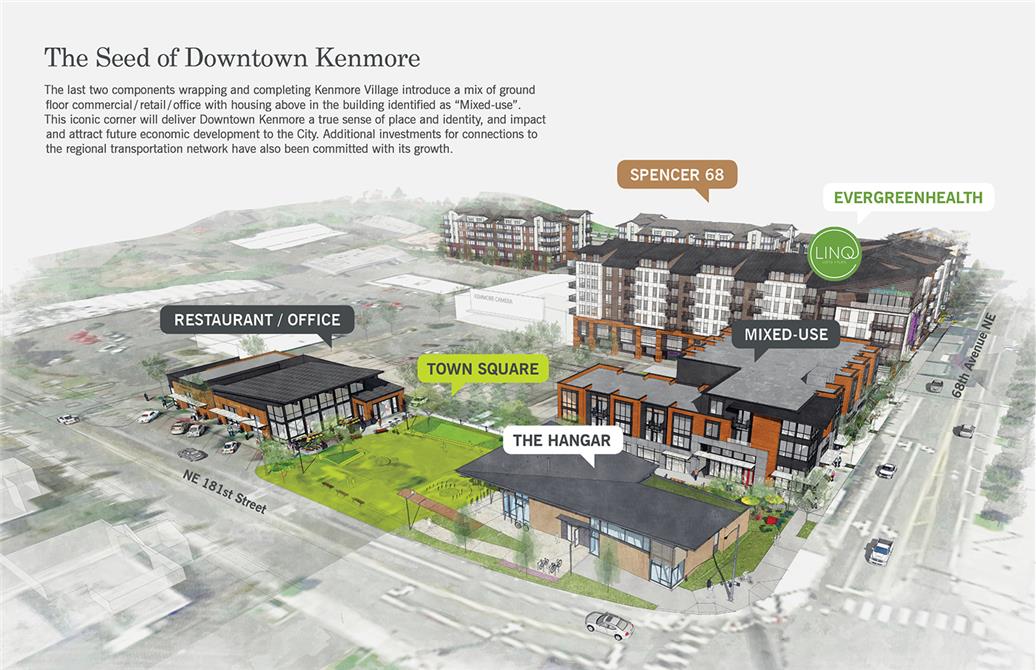 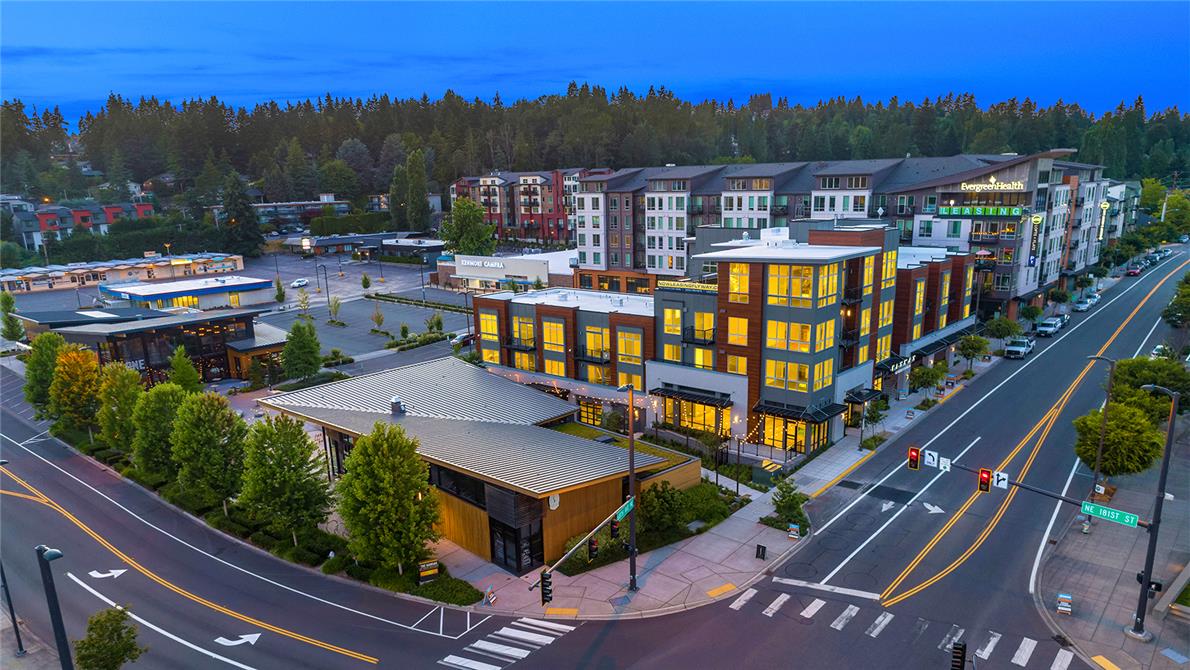 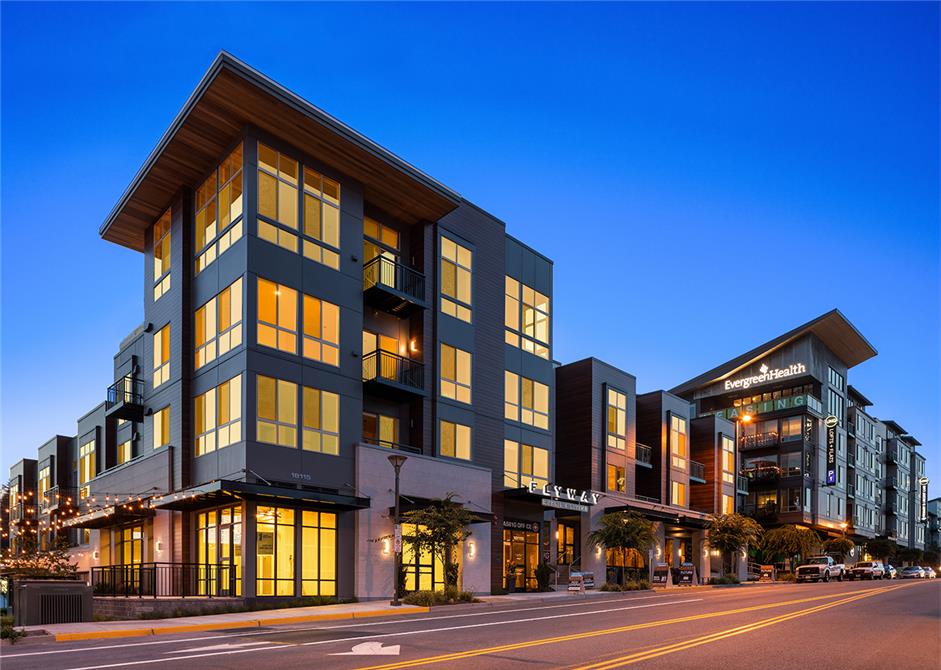 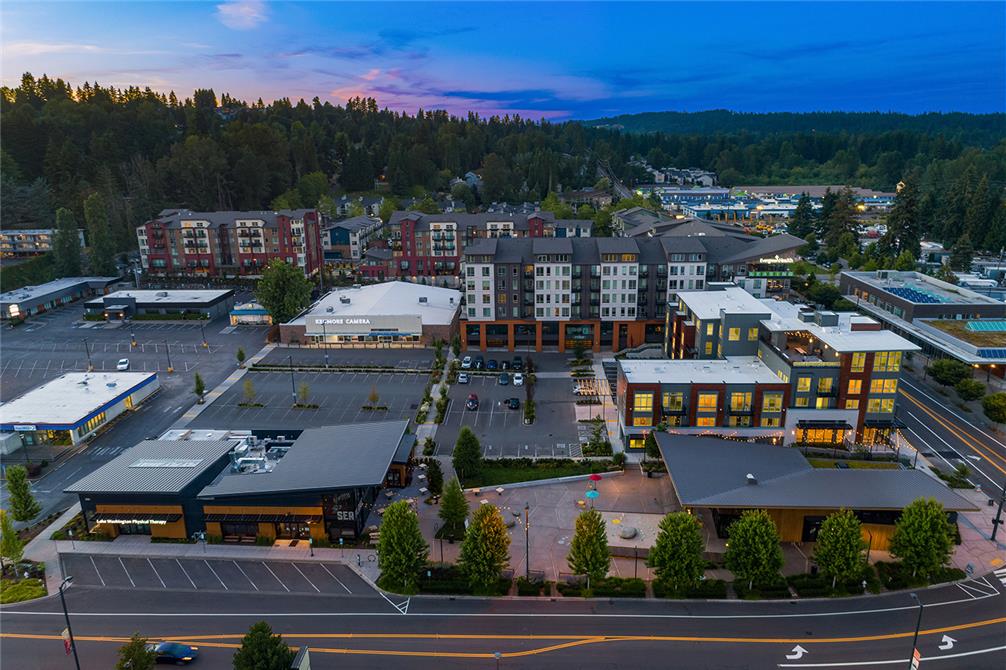 Becoming Downtown Kenmore started with strategic civic investment and the support of a successful public/private partnership with MainStreet Property Group.

Before Kenmore incorporated in 1998, it was viewed as a pass-through suburb in Washington’s northern King County region for much of its existence. After adopting a Downtown Plan in 2003, the City proceeded to assemble properties in the area identified as Kenmore Village, totaling 9.6 acres. A strategic planning process in 2012 set the vision of transforming the combined properties into a recognizable downtown. In less than a decade, the vision and success of a public/private partnership delivers the action and exciting results in place today—a brand new City Hall, public library, town square with restaurant, community center, and mixed-use with over 500 new housing units in the immediate downtown core.

Once absent of any sidewalks or connectivity, the design of Kenmore Village has redefined the 68th Avenue NE corridor, the spine of downtown. Now, strategic land use decisions, building architecture, and landscape design, have all contributed to a walkable urban scale with pedestrian connections between buildings that reinforce the relationship of downtown activities and encourage walking between them and the immediate neighborhoods and activities beyond.

Imagine Kenmore (Proposition 1: Walkways & Waterways) is also funding improvements to pedestrian and bicycle paths connecting into downtown from both directions along 68th which connect to the Lake Washington waterfront and Sammamish River Park edge. It was the first bond measure to pass in City history and demonstrates the ongoing commitment to strategic civic investment that has served as a catalyst for change.

Civic Presence: A Catalyst for Change

Substantial infrastructure improvements and a plan for centralized iconic civic projects including a brand new City Hall, public library, town square, and community center, gave impetus to building a downtown where it never previously existed. The east side of the 68th corridor was remade with a newly constructed skatepark and civic plaza flanking the new City Hall opposite of Kenmore Village. This development was followed by the completion of The Hangar at Kenmore Town Square, an iconic pavilion for community gathering and shared use—supporting a coffee shop and opening onto the town square—the site of summer movie nights and community events.

With civic presence now established, the missing element of housing to create an active, vibrant urban environment needed attention. Supported by DAHLIN as its architect, MainStreet Property Group became a key development partner to the City in delivering over 500 new urban-like residential housing units to its downtown core across multiple projects:

The highly-amenitized housing variety is attracting new energy and new residents of dynamic backgrounds to Kenmore, especially with the growth of the technology industry within the greater Seattle area. Additional investments for affordable housing have been committed as well.

The completed iconic corner delivers Downtown Kenmore a true sense of place and identity, and will impact and attract future economic development to the city. Additional investments for connections to the regional transportation network have also been committed with its growth.

Downtown Kenmore, the City and MainStreet Property Group have received multiple recognitions for its vision, innovation and smart partnerships for smart communities at the regional and state levels. All four urban residential projects have also received design innovation awards. 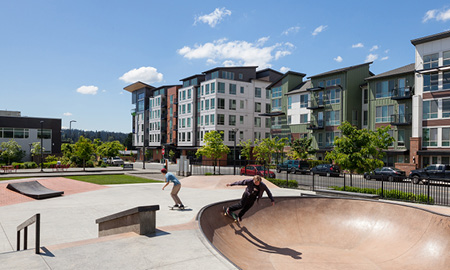 Kenmore: From a Drive-by Suburb to a Vibrant City 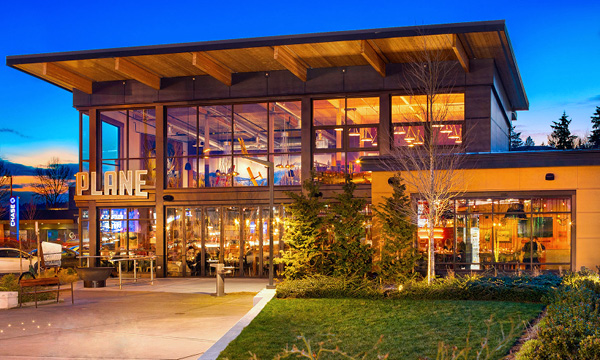 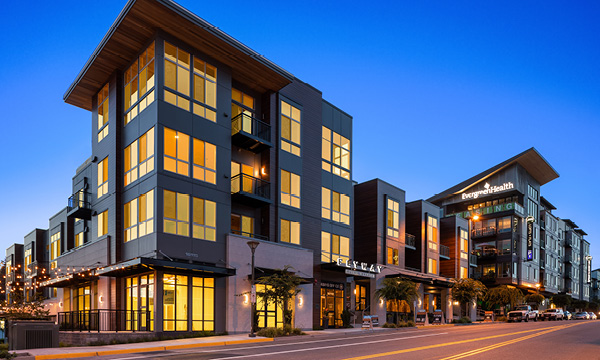